A secret paradise up in the mountains – Svaneti

The highest location ever recorded for the human settlement in the whole European region can be found in the spectacular remote corner of Georgia – Svaneti. Placed in the heart of the central Caucasus Mountaneous range, Svaneti is protected by UNESCO as the World Heritage Site. It is not only the unusual and secluded location that makes the region stand out among the top travel destinations but medieval features and the belligerent culture of Svaneti.

Georgian history, in general, is replete with battles and numerous invasions transforming the spirit of the local community into the fierce warriors like ethos. Svaneti region has always been an ultimate defensive site of the existing kingdoms in the area. The harsh climate and unattainable location made it extremely hard for foreign intruders to occupy the region. In essence, the area has gradually mutated into the safeguarding point for the whole nation and that is why numerous defense towers and traditional iconic constructions still remain to excite the visitors. 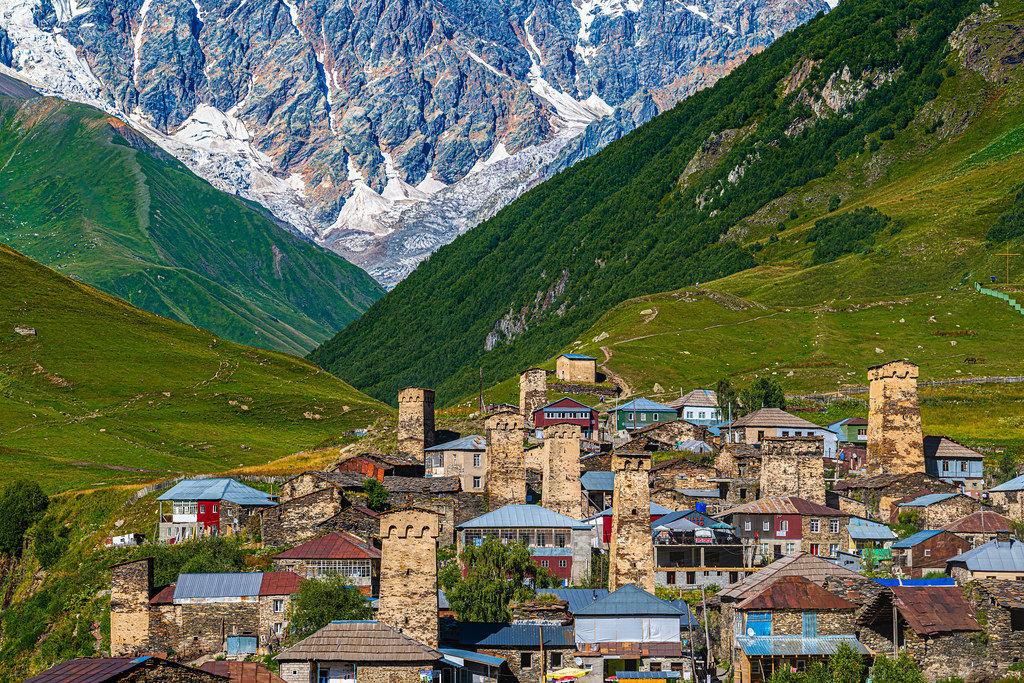 The local community in the region is mainly devoted to cattle breeding and subsistence agriculture. One of the most unique features of the region is its incredible architecture which at the same time represents the purely authentic distinctive attribute of Svaneti. The defensive towers along with their schist stone roofs and machicolated parapets can only be found locally and nowhere else. The distribution of landscape use patterns and architectural typology together with the ecclesiastical structures provide the atmosphere of medieval times which express the lifestyle of the Svan people including customers, traditions, rituals, and folklore. The Svans also have their own language that is nothing like any other language spoken elsewhere around the globe.

Svaneti has a unique location with four out of the ten highest Caucasus peaks located in this region. That is why the destination is always a favorite choice for walking, hiking, and climbing. The majority of the territory lies below 1800 meters above sea level. Some of the villages are located as high as 3000 meters above sea level. Therefore, various climate zones (mostly humid) and landscapes can be found in Svaneti including mixed and coniferous forests, alpine meadows and grasslands, as well as eternal snows and glaciers.

One of the most exciting trips that usually tourists take in the region is towards the group of alpine lakes lying at the heart of the mountains. The area where the lakes are located is even more remote than the entire region itself with multiple mountains surround them with snow cover. To reach the lakes can be a bit of a challenge, but several trails are leading the visitors to the spot that can even go further to Koruldi ridge. 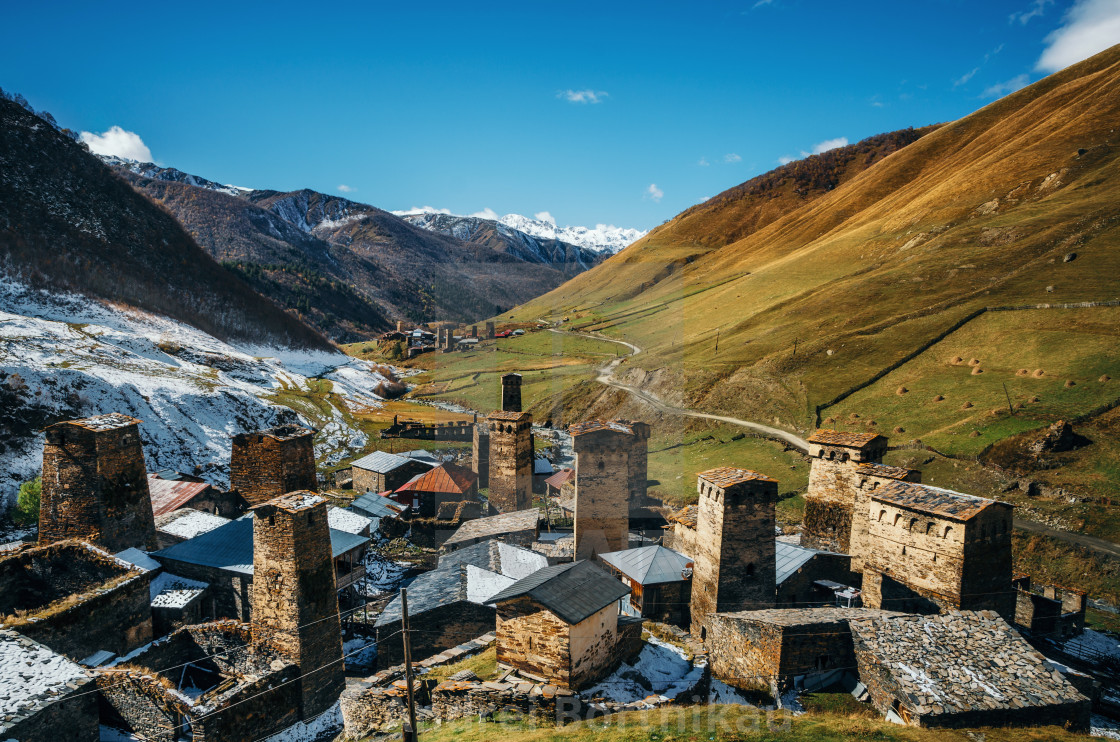 Most of the tourists traveling to Svaneti actually stay in the main town of the region called Mestia. The town is located at an elevation of 1500 meters above sea level. The town is the most infrastructurally developed among the other villages, however, it still preserves the traditional atmosphere. The visitors can easily find hotels, guesthouses, and bars and in fact, during the summer Mestia can be rather overcrowded.

The very first thing that any tourist should do while visiting Svaneti is to take a trip to the museum of History and Ethnography Mestia. Here, the visitors can discover authentic and beautiful medieval treasures of Svaneti including icons, jewelry, and some of the traditional instruments, as well. They should also visit any of the Svaneti’s defensive towers and the house museum. These towers are free to climb up to the very top. Next, the guests are recommended to try the mineral water springs of the region. The slightly carbonated mineral water is unique to Svaneti it has a very natural and healthy taste. An optional tour might also include Challadi Glacier which is easily trekkable and offers remarkable views.

What to do in Svaneti 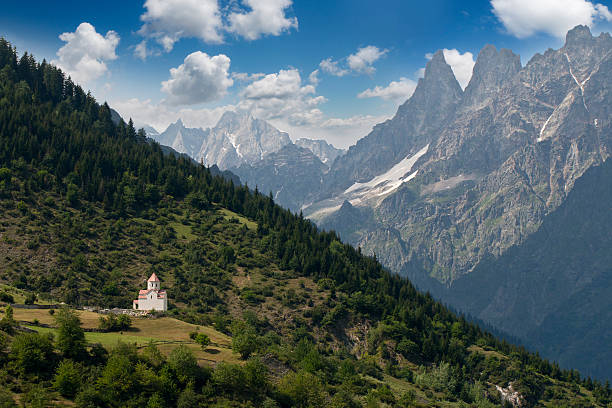 Svaneti is not only about mountains and architecture. This mountainous region can provide some of the most interesting, unique, and exciting experiencing for any kind of traveler. You can find the second highest concrete arch dam in the world here, which exceeds the height of 271.5 meters, or 891 feet – The Inguri Dam. You can also explore the spectacular glaciers and waterfalls with mesmerizing views over the whole region in the small villages of Becho and Mazeri. Some of the most outstanding ruins, castles, and churches also attract the attention of numerous tourists. The Saint Kvirike Church is one of the most unique and remote architectural masterpieces in the whole country.

Finally, you can head towards the primary destination of the Svaneti – Ushguli region. Ushguli unites four villages and is recognized as the UNESCO World Heritage Site. It has preserved most of its initial representation throughout the centuries and offers traveling back in time. The place is located at an altitude of 2100 meters near the highest peaks of the Greater Caucasus Mountains. The area is highly uninhabited with only 200 local residents found in the area. You can visit the 12th-century chapel – LaMaria church, as well as Ushguli Museum and Shkhara Glacier.

How to get to Svaneti

First, you need to get to Georgia, which is very easy. There are dozens of direct flights from numerous countries to Georgia. The country has two international airports in Tbilisi and Kutaisi. However, in order to visit Svaneti, you would prefer to arrive in Kutaisi and take a private car from there. Alternatively, from Tbilisi, you could also travel on public minibusses which would cost around 30 GEL. The road trip will take around 9-10 hours. If you arrive in Kutaisi, you can also choose to take the night train to Zugdidi and minibus from Zugdidi to Svaneti. It would cost you around 50 GEL in total. The fastest and easiest way to get from Tbilisi to Svaneti is to take a flight from the Natakhtari Airport. The price for a one-way ticker is 65 GEL and the plane departs four times a week in the early morning.